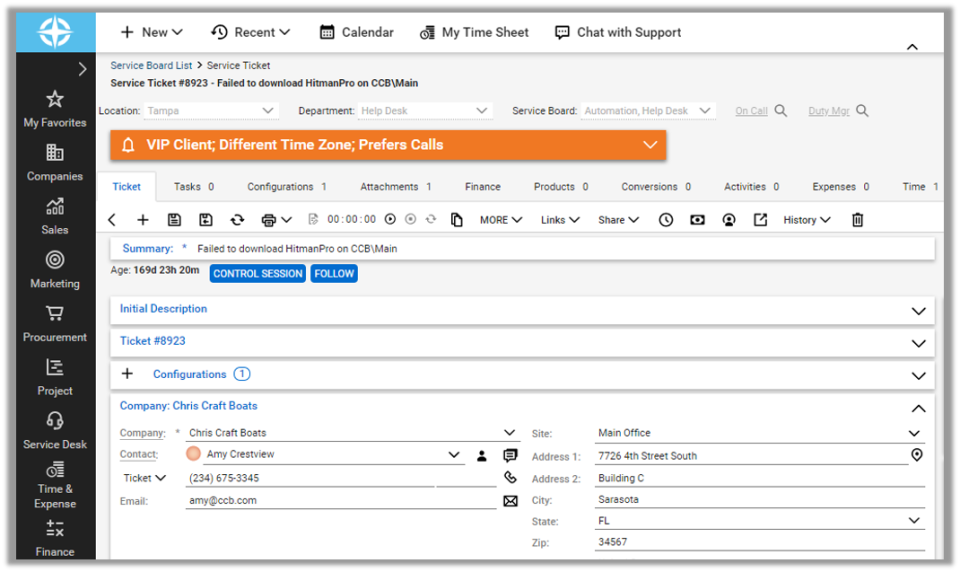 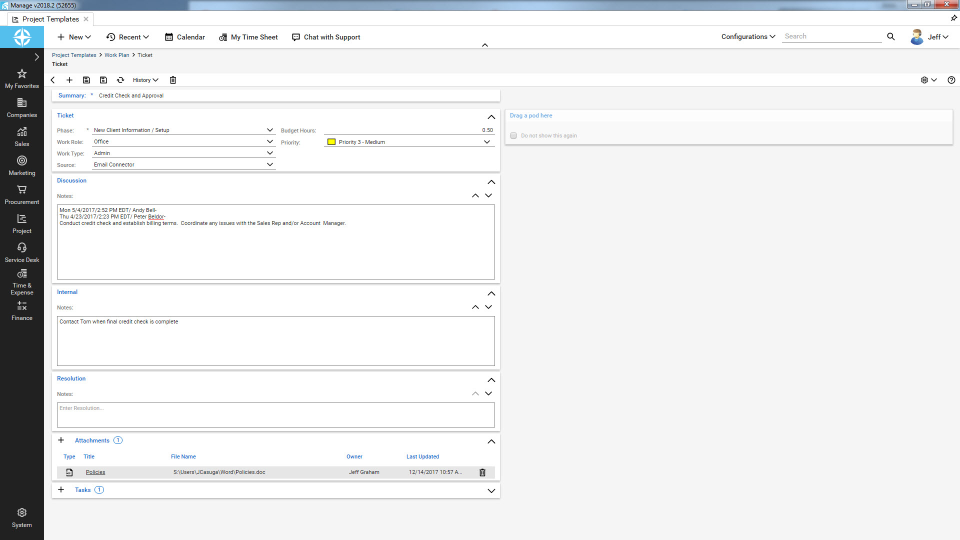 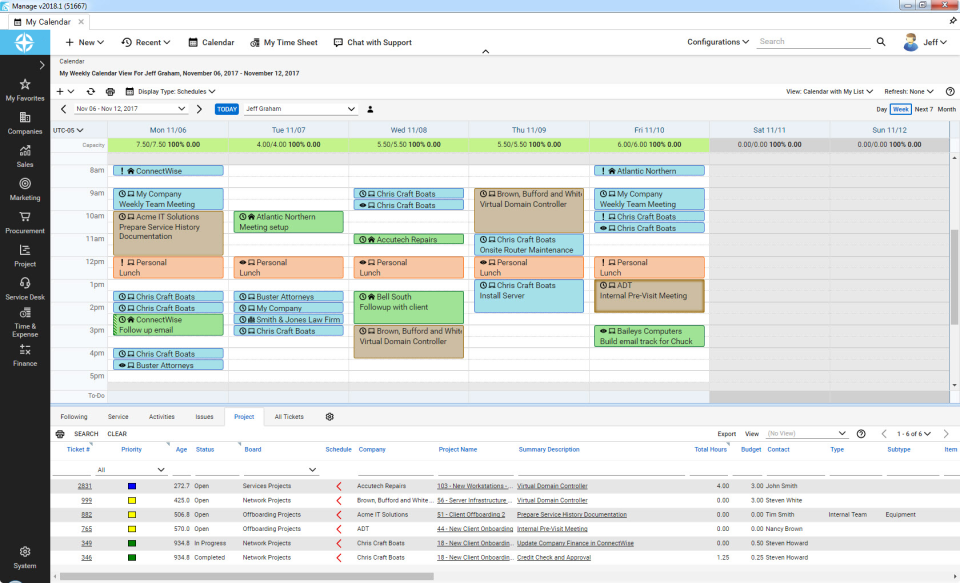 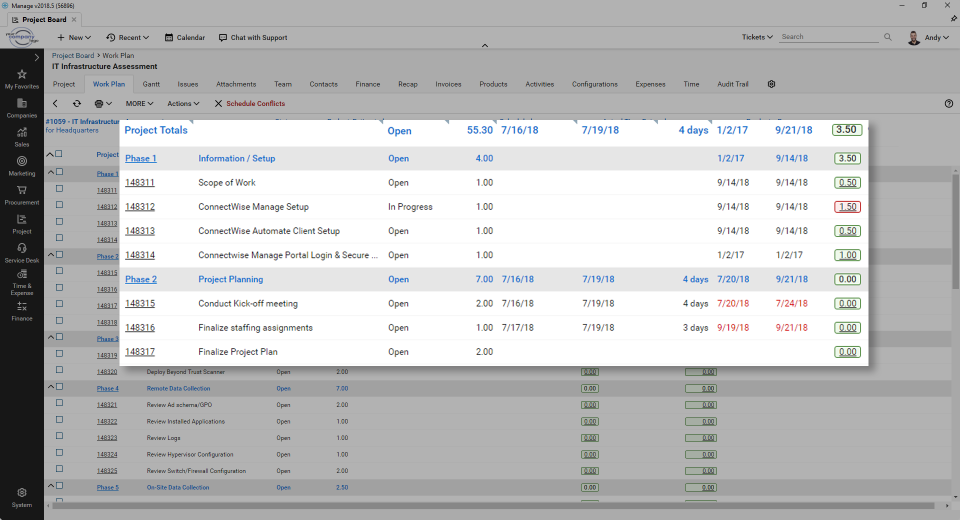 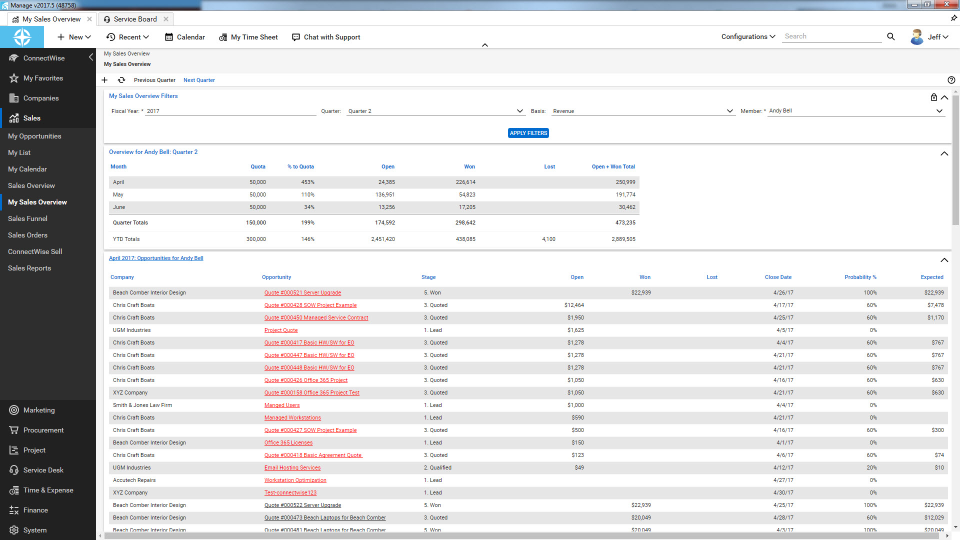 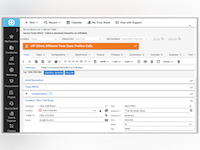 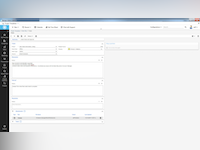 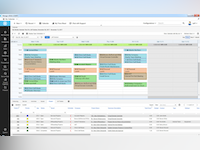 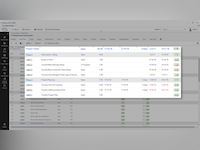 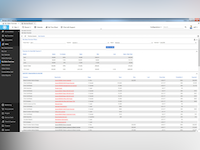 Comentarios: I did 3 years of research before deciding on a PSA. I had a very small company at the time (1 person, me) My colleagues thought I was crazy for buying such a robust system for being such a small company. I bought it because of the built in automation and the ability to create complex agreements. I still have it and I have seen it improve immensely over the years. It's has a .net client and a web interface. Supports widget based pods. Meaning you can add the things you want, remove the things you don't want, and customize the interface per user. QuoteWerks, ConnectWise, Kaseya, Quickbooks - and they ALL integrate. Connectwise will try to sell you, quosal, connectwise, labtech. Personally, and this is just my opinion, Labtech is too complicated. I hate the interface tech's have to use, with a passion. I did some subcontracting for a company that uses LabTech and I had a hard time trying to find the tools I'm looking for. Kasey's interface it so much more user friendly, it's web based. took me a week to become familiar with Kaseya interface, used LabTech for 3 months and was fumbling around trying to find my tools. I checked out LabTech recently, June 2016 and it still sucks. I could go on and on.. So I'll just end here. Just buy ConnectWise, you'll be glad you did.

Ventajas: Mobile iPhone app is A W E S O M E !!!
Your clients can use the customer portal
Constant Updates
Feature request bidding system.
24 hour support
online training videos
Application blueprints, telling you which modules interact with other modules.
Handles complicated and compounded agreements. If you can sell it, ConnectWise can do it.
QuickBooks integration is seamless. if you create a product in ConnectWise it will automatically create the product in QuickBooks when it syncs.
Mark invoices as paid in QuickBooks and sync to ConnectWise.
They are the biggest, so they integrate with everybody.
Go to a big IT conference and ask how many people use ConnectWise. The majority can't be wrong.

Desventajas: It can be overwhelming for small companies
The north american cloud can be slow sometimes, they know about it, they are rewriting the program so it operates faster but it's a big project. so they release bits and pieces at a time (weekly)
If it isn't in ConnectWise it didn't happen, yeah it adds a bunch of work to your day. Junk in junk out.
Each user needs their own account.
don't buy the on-premise edition, you won't be able to keep up with the updates.
They update so frequently I have to update my QuoteWerks frequently,

"Good Ticketing System for MSP and IT companies"

Comentarios: I wish they would get Rich text right. TeamSupport has this perfectly and they are a much smaller company. Another downer is the integration with ITGlue I think it's a bit clunky and if you add the Automate integration it almost loses it's mind. I wish there was a better way to integrate all these platforms. But mainly the rich text could go a long long way for visual users.

Ventajas: There are a lot of features on this platform that would be of interest to MSP's. The time entry, calendar ease, global search. Asset and configuration and contact addition is great.

Desventajas: One thing i strongly dislike about Manage is that you can't add rich text to the ticket entries not drop images which make things easier for tech just picking up on tickets.

Comentarios: The support is really good, which is important as sometimes the settings are hard to get right. I wish they had had better advice on the setup between Connectwise and Quickbooks as it took a while to get things flowing correctly.

Ventajas: There are a lot of built-in features. It is good for being able to share information between departments. However, there are so many different features, it can be overwhelming for new employees when they first start. It seems to take people a while to really get the hang of it. It is nice having sales being able to see the same invoices as accounting, which saves time of having to send them to them when they have questions.

Desventajas: The reporting features. While they have a report writer, it is quite difficult to use. It is also chronically slow to load. The second thing is it also seems like in the last year I've had more of my tabs lock up in all areas.

"ConnectWise is a horrible company and has mediocre products"

Comentarios: Regretable. I regret spending $1600/mo for 3 years on a product that was NOT worth it. I went from spending $300/mo to $1600/mo for a lesser product. Locked into an inferior product by a deceitful sales team.

Ventajas: ConnectWise Manage has a wide birth of functionality. It has 80% of what an MSP needs to manage its service offering. We used the product for 3 years. We used it for ticketing, project management, product inventory, lead tracking, marketing, and client communications. The product's maturity lead us to use many integrations with other services and products.

Desventajas: It's so hard to pick just one thing that I liked least. The company itself was my biggest issue. The sales team had no sense of ethics and resorted to lying in order to make a sale.
If ignoring the deplorable ethics of the company, the product itself has innumerable flaws. The one thing we could not get past was our struggle to regain the efficiency we had prior to using ConnectWise Manage. We took an 30% efficiency hit using ConnectWise Manage. Previously we used MaxFocus Service Desk, and since moving away from ConnectWise we use SolarWinds MSP Manager. We immediately regained our lost efficiency and have maintained it for the past 6 months.
ConnectWise Manage had great automation, but the number of clicks and manual steps required to take advantage of it were not worth it.

"In a world of okay tools, Manage is the best"

Ventajas: As an integrated PSA / Billing System / Ticketing System it functions great. In comparison to the other products in it's space it's light years beyond in functionality and usage.

Desventajas: ConnectWise support and account management leaves a lot to be desired, though there recently have been noticeable improvements and if they continue on this path they'll be a world class company once again. Manage really lacks at: CRM/Sales and a few other items. Dashboards require a third party add-on. It's base functionality is decent but everything else is a pay for me option.