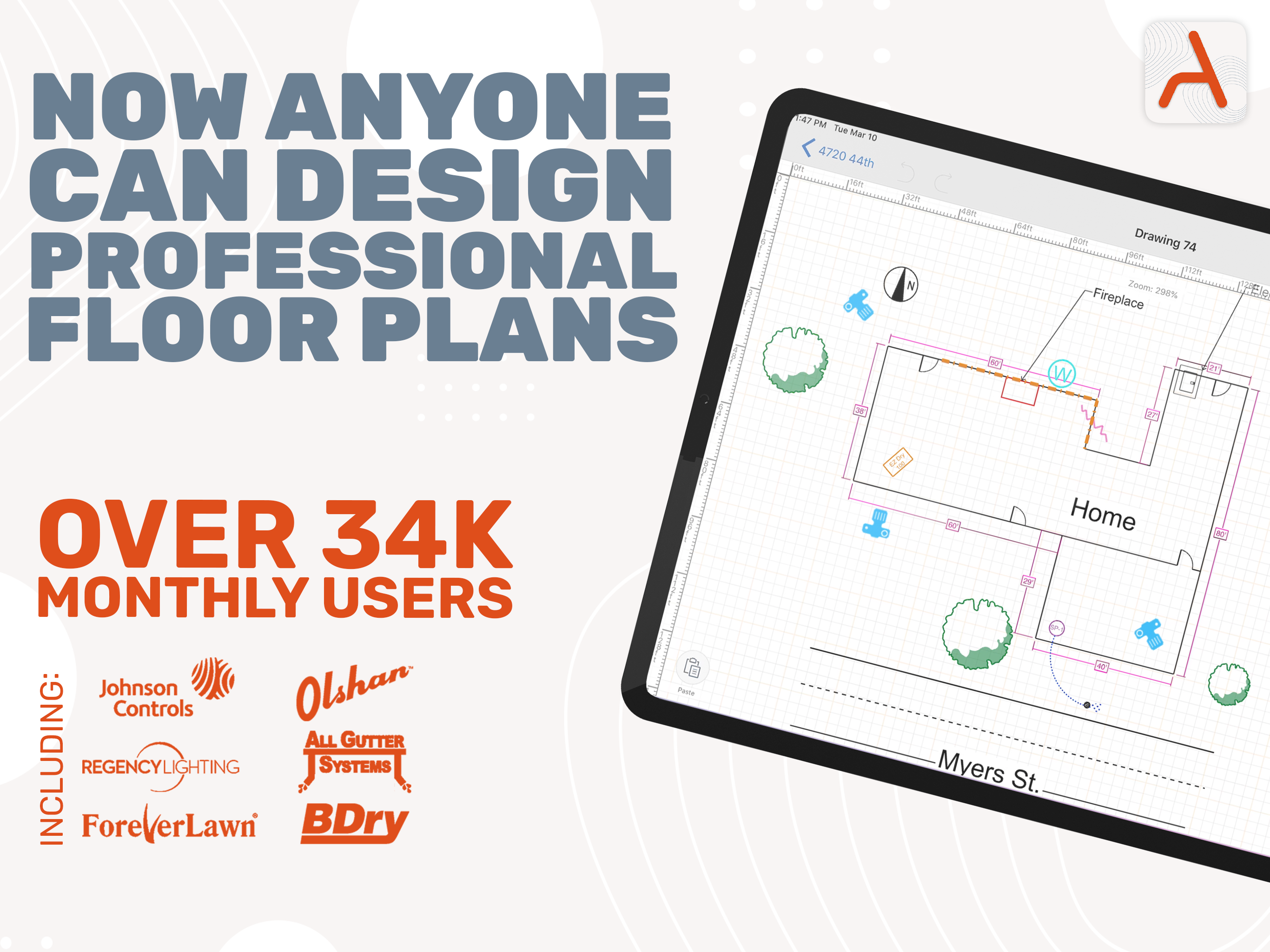 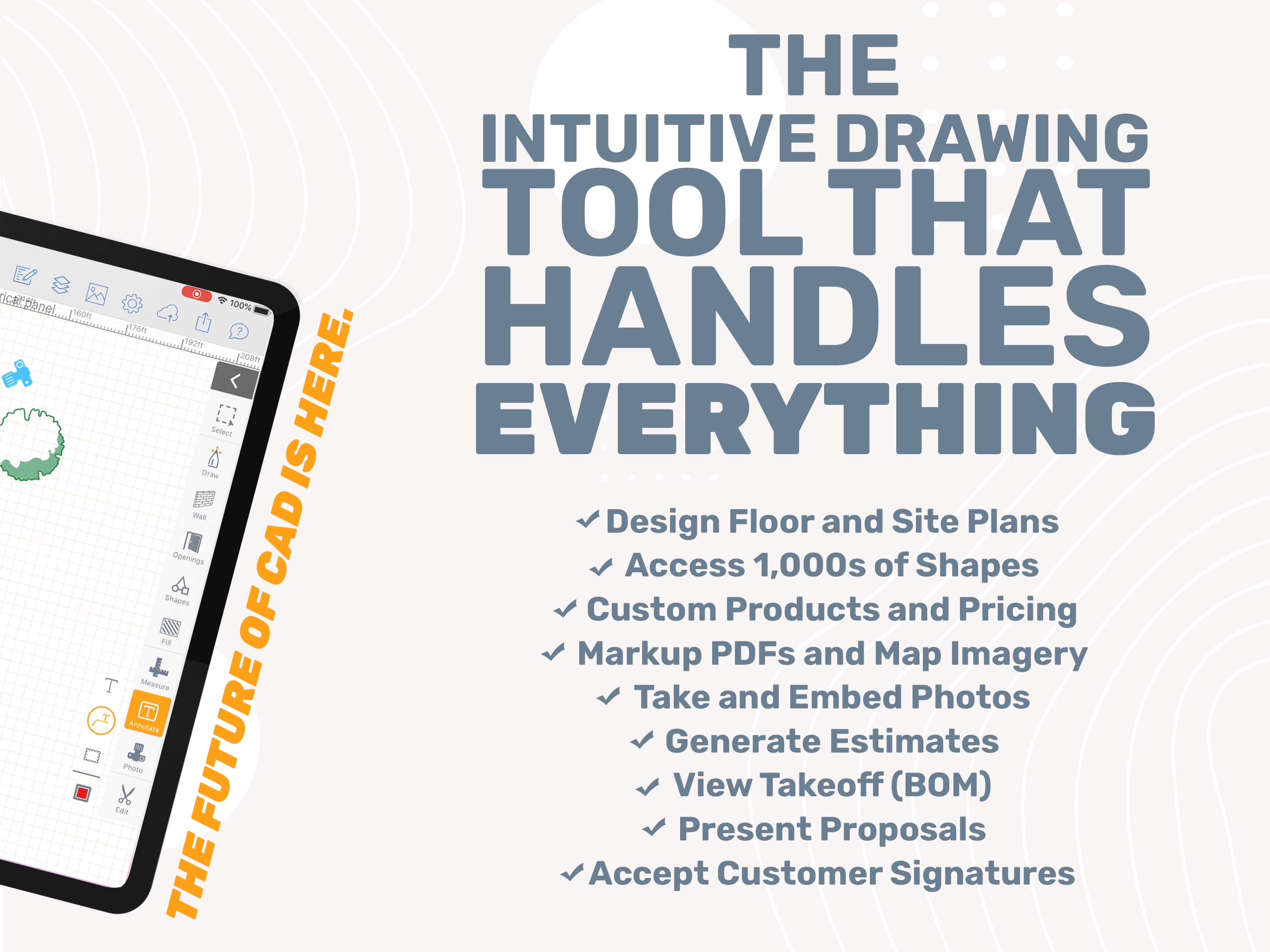 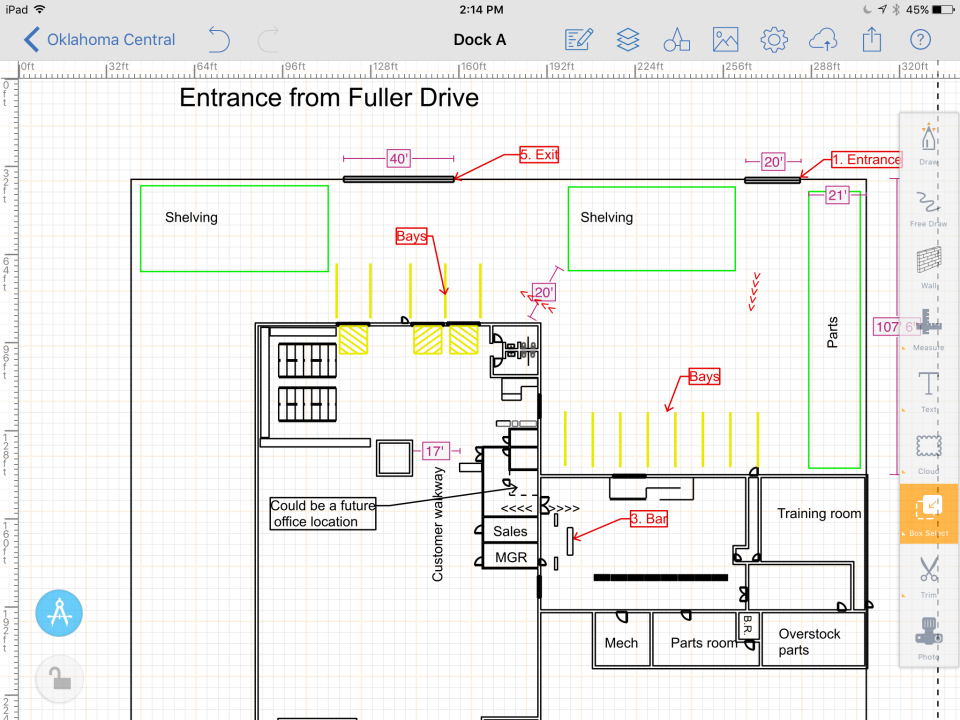 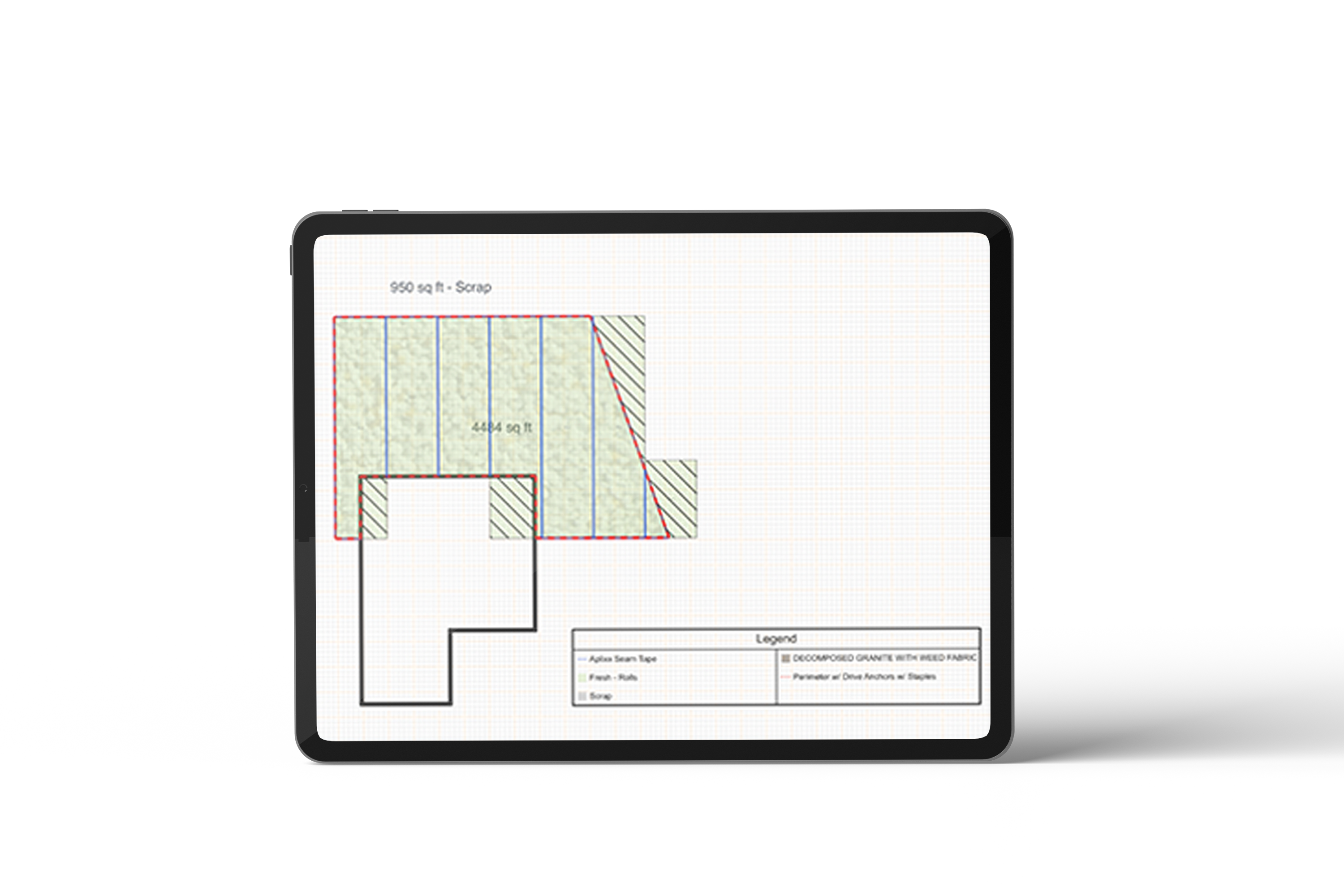 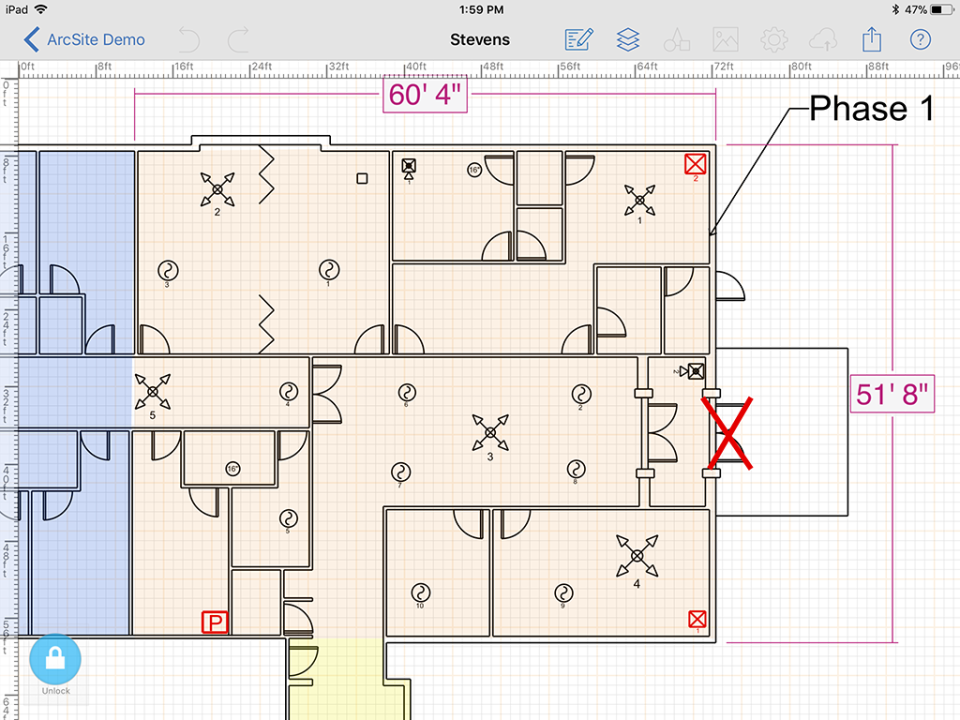 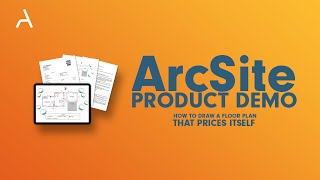 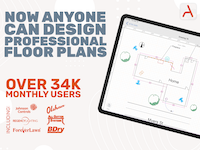 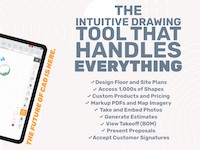 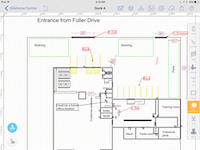 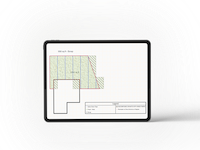 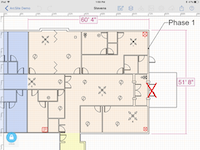 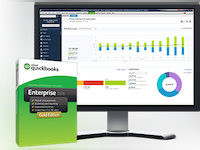 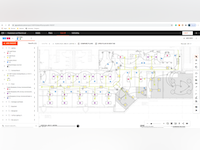 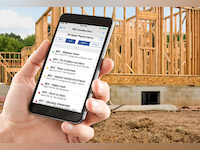 (12)
Application to facilitate the management of your sites.
Ver perfil Ver comparación

"Very useful for site survey information, I use almost every day!"

Comentarios: Accuracy of information going to design engineer has doubled... it's been very helpful to help customers visualize the end product as well.

Ventajas: It is very simple, and easy to use. Custom objects is immensly helpful. I love the ability to import a photo, calibrate, and then measure distances from there-- I can now grab a quick snap of a building fire-plan or paper construction plans, etc. and do most measurements on the spot without having to individually measure off things. And if I've forgotten to measure something, I can still get that number after I get back to the office. It's also useful on the sales end to help give customer a quick layout of what they are getting or work to be done.

Desventajas: Mult it out over several people, and it's pricey for each subscription. The ability to do ellipsoids and not just circles would make perspective a little simpler to do. Right now, you have to do a bunch of arcs which is very cumbersome.

Thanks for the review. Glad you are getting value out of the tool.

Thanks for the con list too, we always want to know how to do better.

Comentarios: overall I like this program, the mobility aspect is very needed in my business and it creates a professional look for us to be able to send professional shop drawings to clients, as well as, auto cad compatible drawings for commercial projects and the drawings can be done up in just minutes in some cases

Ventajas: My favourite thing about this software is that you can use it on your I-pad- a lot of times I am using this software to do up a "shop drawing" right on site or pull up the drawing in the shop so the fact that I can be mobile is very important in my business. The app itself is fairly simple to use for the average person and great to be able to do up a drawing in auto cad so simply.

Desventajas: I don't like that; if you have a closed shape (square, hexagon, rectangle, etc) and you modify one side- it can change multiple other lines or every line, so you have to be very careful to double check each line after changing one. I also dont like the "angles" portion- it is very difficult to put in a drawing with a rounded ended object- you have to re-draw multiple times to get it right. Also for particular angles- it can be tricky to get 2 identical, opposite angles

"Still a good value, but unresolved bugs have us checking alternatives again"

Comentarios: I have previously reviewed Arcsite on Capterra, but am removing stars based on our recent experience. At this overall performance level and price point, the app is a good, but no longer compelling value.

Ventajas: This is an excellent app designed primarily for field diagramming. With it, we are able to create building diagrams quickly for our building inspection reports. In-app draining controls are well thought out to quickly layout and then fine tune as needed, with advanced controls. It exports to pdf, dwg, png and other formats and offers cloud backups too. A perfect marriage between this app and an iPad/pencil. We have used it create hundreds of building diagrams over the last two years. The main app engineer is rolling out new features consistently.

Desventajas: We use iPad pros Wifi+ cellular on AT&T for diagramming and bugs that have continued unresolved for months have caused us to start re-considering alternatives. For example, swiping between apps causes the drawing to window to zoom out to the point where the diagram is only a pixel on the screen. Sometimes the entire app goes to a blank white screen, then reverts to the projects list, forcing us to re-open the active drawing. Snapping to grid is a basic function, but when reviewing drawings closely, lines that were supposed to have snapped to the grid are actually only next to the grid lines and not accurately placed. We have to zoom in quite far to correct. With more complex drawings, containing over 70 elements or so, the app bogs down significantly and crashes, even though we think it should be able to easily handle more complex drawings than we use it for. The monthly fees are significant at the small business level. As of today, $360/year and $720/year for cross-device sync capability. AutoCAD LT, which is close in capability, costs $390/year and includes both desktop and mobile apps for iOS. Although support was responsive before, our support requests have not been answered the last two times we've asked for help. The answer has been that they are unable to duplicate the issue we see. However, on our end, the bugs persist through iOS updates, app updates, and on multiple devices.

Comentarios: See comments above - the software is excellent overall - it just needs some tweaks. Feel free to contact me if you want to talk about additional feedback. Jonathan - [SENSITIVE CONTENT HIDDEN]

Desventajas: Full feature often doesn’t work — if you have one tiny disconnected line in a shape, the color will fill everything around it. Could you make a seal shape button? You should be able to create sub shape folder in your creative shapes. For example: tables, chairs, plants, etc... add more colors or hue adjustments like a color wheel to colors. Add sub category folders to projects — differentiate types of projects. Add Bosch laser measure to Bluetooth and make it seamless — measure 2-3x and allow each to override previous — Bosch has free software for this but the UI the is terrible. Allow custom shape library to be shared for free! No additional cost for up to 3 users. Add 3D option- make it simple

Ventajas: Speed of results and ease to get things drawn accurately.

Desventajas: No much to say for this 99% perfect, slight issue with moving some blocks when they are very small zooming in / out.