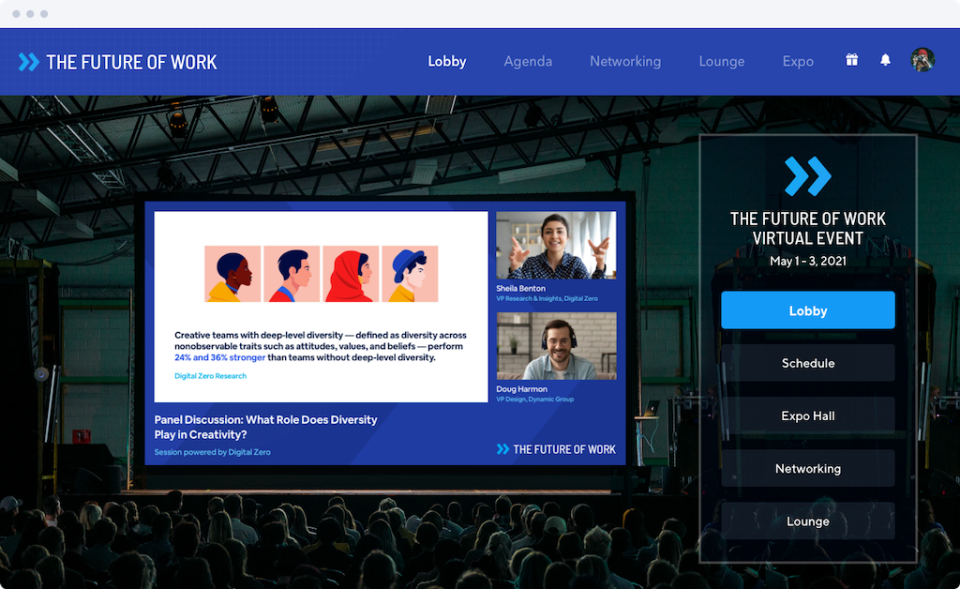 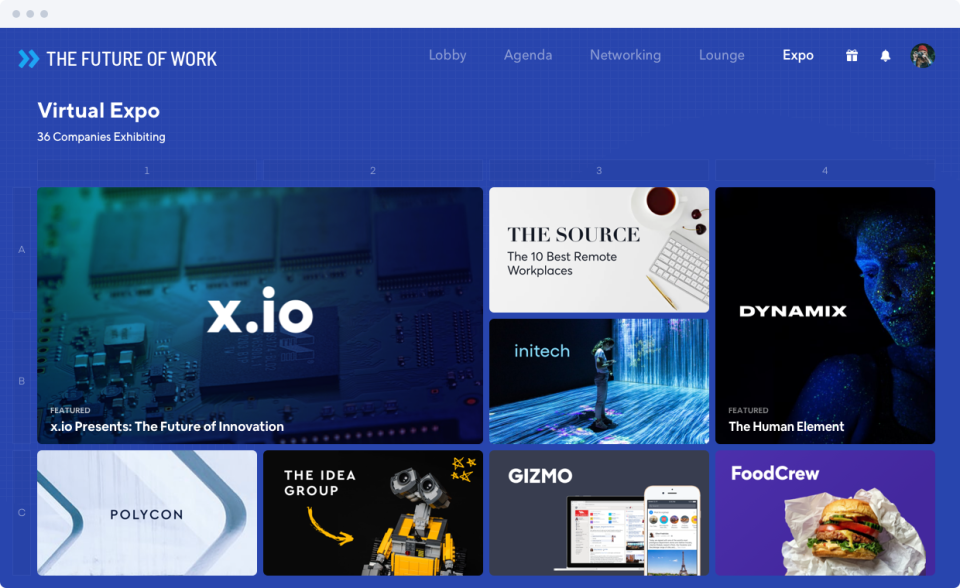 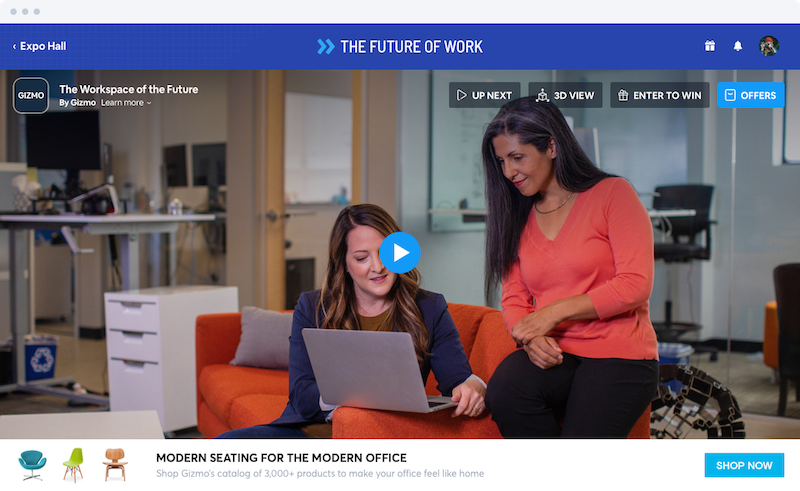 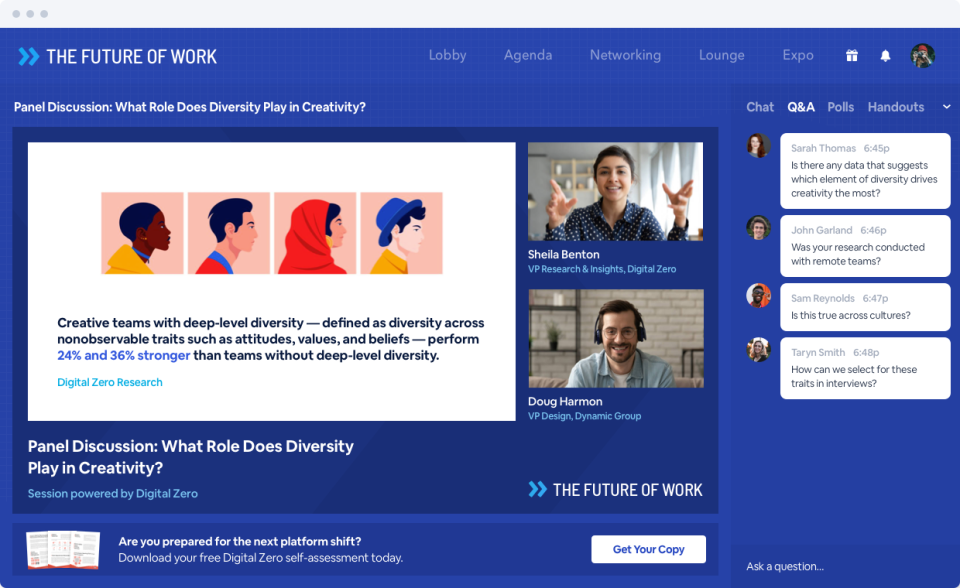 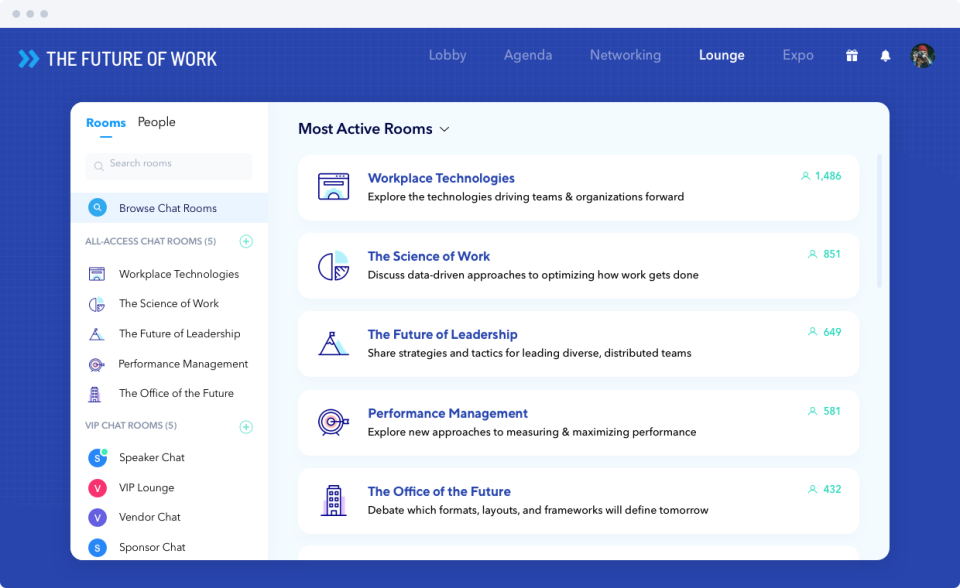 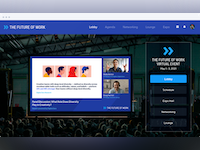 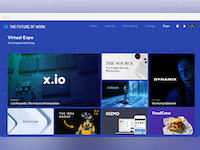 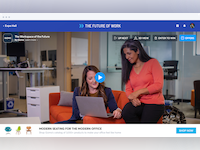 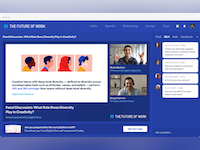 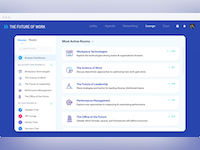 "Webinar software that revolutionised our business"

Comentarios: loved it, have recommended it on a regular basis.
I have had one technical issue/bug in 10 months with sending an email and UK based support fixed that within 2 hours

Ventajas: There are lots of free software for virtual meetings, but when lockdown first hit, we wanted to run a webinar everyweek (for 50-100 people) and also use the same software for 1-day training courses and our annual conference.
I did a lot of research on YouTube reviews about alternative solutions. At that time (March 2020) I had not heard about BigMarker, however it had great reviews.
We started with a demo, the the cheapest package up to 100 registered users and 4 hour long webinars.
Immediately we loved the ease of use, and huge range of options to create and run the webinars, especially the ability to see your preloaded slides and the audience chat at the same time. Once we built ip the number of attendees and started using it for training we upgraded to the next package. The best part of the software is all the marketing features, with simple invite emails and automated reminders.
Because we were advertising the webinars elsewhere we quickly grew our list and the Big Marker weekly email became our best recruitment tool.
We also extensively used the polls and offers, and have used that to drive signup of our training academy and for lead generation.
The downloadable data files have also proved very useful and I am currently writing a blog on the anicca.co uk site about what we have learned. There are some automation features that we have not used yet, and it can also integrate with a lot of other products.

Desventajas: The only annoying issue is that I have to upload lists from individual webinars back up to the top level, before sending a new invite. We get about 20- 40 registrations from new users each week, so it would be helpful that these were automatically added to a list.
Similarly I would like to see a consolidated list of users and what they registered and attended. I had to manually combine data from 40 spreadsheets to get the overall picture.

Comentarios: As a design strategist, delivering my content using webinar software, customising the brand of the webinar is essential; it gives me credibility and professionalism.

Ventajas: I love BigMarker because it's browser-based; there is no need to install any software to use it. I appreciate the ability to use pre-designed registration forms and to customise their look and feel. I like the BigMarker overall interface, which I find intuitive and straightforward. The best thing of all, though, is the team behind the product and the support team, which helped me on many occasions.

Desventajas: The only issue that I'm experiencing is the resolution of my external webcam. I use the Logitech Brio, and I'd love the image to be a higher resolution than what I'm actually able to choose from. The rest meets my needs.

Thank you so much for taking the time to share your experience with our platform, we appreciate your feedback. BigMarker is always looking to optimize an intuitive and straightforward interface and we are glad to see positive results. We are so glad that our support team has been helpful and efficient with assisting your event. Happy event hosting!

"Unfortunately looking for another webinar platform"

Comentarios: It's a mixed bag. I like that they are making improvements but my biggest issue is the user experience with microphones and sadly there has been no fix for that. I wish there was an option to click somewhere and see what attendees are seeing, which would be helpful when you're trying to coach them through the process of turning on their microphones. If it weren't for the microphone problem I probably wouldn't be looking elsewhere.

Ventajas: We've used BigMarker for more than a year. After trying out several options, I was directed to go with the cheapest. I believe the price has gone up since then. I know that they must be continually working on it because I keep seeing more features added, such as automatically muting my microphone when the video plays. They are pretty quick about getting back with me when I have questions (although it doesn't always resolve an issue). I do like the recording feature, especially since they have added the ability to trim the video right on the website. I also like that you can download the recorded video of the webinar.

Desventajas: We do webinars monthly, usually more often than that. Setting up a webinar is frustrating because several options are offered without explanation of what each option entails. Worst is the attendee experience. I put the mic icon + instructions on our presentation's first slide, but attendees always have problems finding it and we waste several minutes trying to do so, even with a dedicated web person at the controls. Also last time I was presenting at home, with another person presenting from the office. I realized when viewing the video that when my connection dropped, the webinar stalled. Also attendees had to figure out how to turn off webcast mode (I had not set up the webinar to be in webcast mode so I was surprised this was necessary) before being able to turn their microphones on and then there was such an enormous echo that no one could understand each other. This is problematic because we do a lot of custom solutions and I really wanted to hear from the customers about what problems they needed to solve. The chat feature works nicely but not everyone wants to type. In contrast, we use Slack internally and you can easily turn on your mic or other features. When I contacted customer support, they did get back with me fairly quickly but didn't really address the problem to my satisfaction. When I sent another email, they just cut and pasted the response from the first email, so it was frustrating, especially because I have found their responses helpful in the past.

Ventajas: BigMarker is such an incredibly robust and powerful webinar platform without being complicated.
Here are the ways I'm using it:
- Weekly live webinar workshops
- Edit the video and re-upload it as an automated webinar
- Workshop series (16 weeks with a sequential curriculum)

Desventajas: Truthfully, the *only* con is that it can do so many things, so it takes a practice run or two to get used to what to click and do during the webinar to make sure it all goes smoothly (especially in terms of permissions in what you do and don't want the audience to see). The reason this was a little challenge for me was that I needed to run webinars where the participants could all participate in the Q&A, but not see each other or each other's questions. So, it took a couple practice runs to get used to all the settings allowing me to customize. Now that I am used to it, the feature set is absolutely fantastic! I LOVE BigMarker and it has been one of the most impactful tools in my business (and an amazing feature set for monetizing webinars and training series).

Comentarios: Big Marker is an excellent company who provides enterprise level services to small and large businesses. The company is located in Chicago, IL and their customer services is excellent. Our experience with Big Marker has been excellent and we plan to expand our use of the platform with some of the new programs we have under-way. I am always shocked at the difference between Big Marker's level of excellence and reliability compared to other platforms that grew rapidly during 2020. There really is no comparison and Big Marker is head and shoulders above all of the competition.

Ventajas: Big Marker is designed for companies who want a reliable, consistent, secure platform to host individual and group meetings, small and large webinars, ever-green events, and live events. I've used many systems and Big Marker outperforms all of them by far. I especially appreciate the way they host recordings to make access easy, yet secure for those with approved access. You can offer memberships and monitize your offers very easily. The system is easy to administer without a need for extensive training. Big Marker is more secure than most other meeting and webinar platforms, which is very important for those of us needing a high level of confidentiality and security. Overall, I would recommend Big Marker to anyone serious about offering professional meetings and events.

Desventajas: Everything is straight-forward and easy to use. I really have nothing negative to say about Big Marker. It's been a reliable system for us.

Thank you so much for taking the time to review BigMarker, we appreciate your feedback. BigMarker is always looking to optimize a reliable, consistent, secure platform to host individual and group meetings, small and large webinars, ever-green events, live events and we are glad to see positive results. We are so glad you are having such a great experience with out platform. Happy event hosting!